As of 1 hour and 53 minutes ago, I am officially divorced…again.

Although I believe in my heart that it was for the best, I did not expect to feel the level of sadness, finality and disappointment that I have experienced in the days leading up to D day.

I wanted to try and write about the experience while it’s fresh and still in process in an effort to reach out to one of you (if not more) that can find some solace that they are not alone in the aftermath of mind chatter during divorce.

Yesterday I felt… well, really bummed out.  I went back through many of the same tapes in my head that I thought I buried when I finally made the decision to move on.  I had deep mental chats with my heart and my brain looking for validation at various moments throughout the day.  “Am I doing the right thing?” “Are my expectations for a partner and the feelings I long to have with him just too high?” “Should I have just sucked it up and been more grateful for all my ex did bring to the table?”

I then posed the questions to myself that seemed like logical one’s to consider- “Has anything changed between us”, “Would things be any different if we were back together”, “Would I suddenly find happiness in our marriage”… they were valid questions that required brutal honesty.

The unwavering answer was “no”… each time, each question.  If that’s not enough to give me peace in my decision, what would have been?  It came down to this… I would rather be alone than lonely in a marriage.  I don’t want a marriage that exists out of convenience or obligation.   Are my children screwed up forever by this divorce?  I do not have control over the entire outcome, but where I do have control is how I react to the divorce and in my relationship with my ex.

I also have control over allowing this to be a learning lesson for them.  Despite the statistics, they do not have to be doomed to face divorce themselves someday.

I sat the older one’s down and explained that this is an opportunity for them to learn from my choices.  That if I had honored my own self and soul and the nagging feeling in my gut at the time, I would not have had to face the reality before me now.  They needed to trust their gut, see and not ignore those red flags and honor that little voice I believe we all have and lose touch with.  I am teaching my daughter to be financially independent so she does not feel trapped in a relationship and to expect more for herself.

Despite two divorces, I believe there are good marriages out there and that for some, it works.  I also have learned that no one should compromise their soul’s desires for a biological clock or for fear. Fear of the unknown and what the future may or may not hold.

Sitting in the courtroom on “D day”, I felt as if I just grabbed a ticket from the Deli counter awaiting my turn in line to place an order.  Each couple would be called up, one at a time and have a seat at the podium and answering “yes” or “no” to a series of routine questions by the judge.  The last question being “do you want this marriage dissolved?”  The couples would say “yes” in unison and the judge would thank them and tell them to “have a nice day”.  It was very odd and almost surreal.  I would catch the looks on the faces of the new divorcees as they left the courtroom.  I saw expressions of pain and remorse, arrogance and hate and sadness washed over me for these strangers and their children.   They did not listen to their soul either.  And sometimes shit just happens!

When my ex and I walked out of the courtroom together, I swallowed hard to fight the tears.  Tears that came not because I made a bad decision or a mistake in choosing to end things, but for the loss that is felt in this bittersweet ending.  Regardless of how things went down, as my best friend put it, “it’s like a death”.  Right or wrong.  We just were not meant for each other.  There were too many things working against us.  In the moment that rationalization did not make it any easier.

We paused outside the door, looked in each other’s eyes, hugged and cried.  “I’m sorry” he whispered.  “I’m sorry too”, I replied back.  And I was.  We walked out the door side by side, as friends, and as the parents of an incredible little boy that proves there was no “mistake” made.  We will remain friends and I am grateful for that.

It’s been a few hours and my heart is still a bit heavy, but I also feel some weight being lifted as a result no doubt, of closure.  This has been going on for a couple years and now, the decision has been made final.  And with that, it’s time to store those tapes in my head away permanently.  No more deliberating or “what if’s”.  I took the leap, I listened to what I believe was my “higher self” and now it’s one foot in front of the other.  I refuse to look back.

I have no clue what the future holds but I am older, wiser and more certain now than ever, of what I need out of a relationship.  And I’m not willing to compromise again. 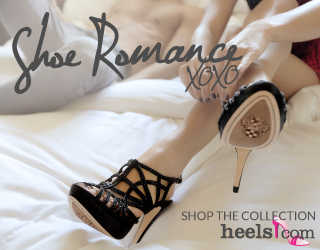